Sleep apnea is a common disorder in which you have one or more pauses in breathing, called apneas, while you sleep. The pauses can last for up to a minute or more and may occur 30 times or more an hour. When you finally start breathing again, it’s usually a loud snort or choking sound.

Sleep apnea may also be a sign that you’re getting too little oxygen. When this happens, your heart beats faster, and your blood pressure may increase to unsafe levels. Untreated sleep apnea can lead to serious health problems such as high blood pressure, stroke, heart failure, diabetes mellitus, depression, heart attacks, and irregular heartbeat. 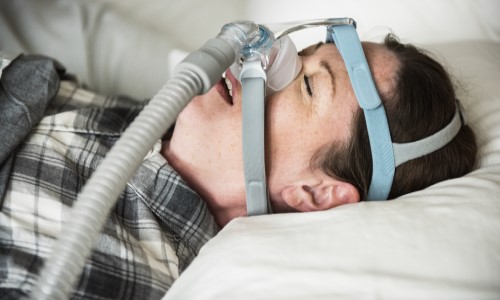 People with sleep apnea stop repeatedly breathing during their sleep, leading to several short-term complications, such as disrupted sleep and excessive daytime sleepiness. Sleep deprivation is common in patients with obstructive sleep apnea because of frequent arousals associated with respiratory effort. These arousals are brought on by the lack of oxygen reaching the brain and then triggering the brain to arouse the individual to breathe. In addition, sleep apnea can lead to high blood pressure, stroke, heart failure, diabetes mellitus, depression, heart attacks, and irregular heartbeat.

In severe cases of obstructive sleep apnea, a person may be diagnosed as having “secondary” sleep apnea or central sleep apnea. In this case, the patient’s blood oxygen level can be severely low for a continuous length of time without arousing them from sleep. This condition is often found in patients with heart failure or chronic obstructive pulmonary disease (COPD).

In some cases, a patient may have both types of apneas, and the severity of each can vary, even throughout the night.

What are the symptoms of sleep apnea?

The primary symptom is snoring (although not everyone has sleep apnea snores). Other common symptoms include:

Other, less common symptoms include:

Can you have sleep apnea and not know it?

Yes, especially in the early stages of the disorder. Many people with sleep apnea don’t even realize they snore and never feel sleepy during the day because their brain shuts down for such short periods that they don’t remember.

Are there benefits of sleep apnea?

Yes, the benefits of sleep apnea include:

Who is sleep apnea for?

Sleep apnea can affect anyone. However, the following people are at a higher risk:

Sleep apnea is a medical disorder that has extreme effects on the body and mind. Although there are benefits to sleeping apnea, it is essential to think about what we put into our bodies and prevent diseases such as heart disease and diabetes.